January
27
Back
Close Surveys Report an event About us 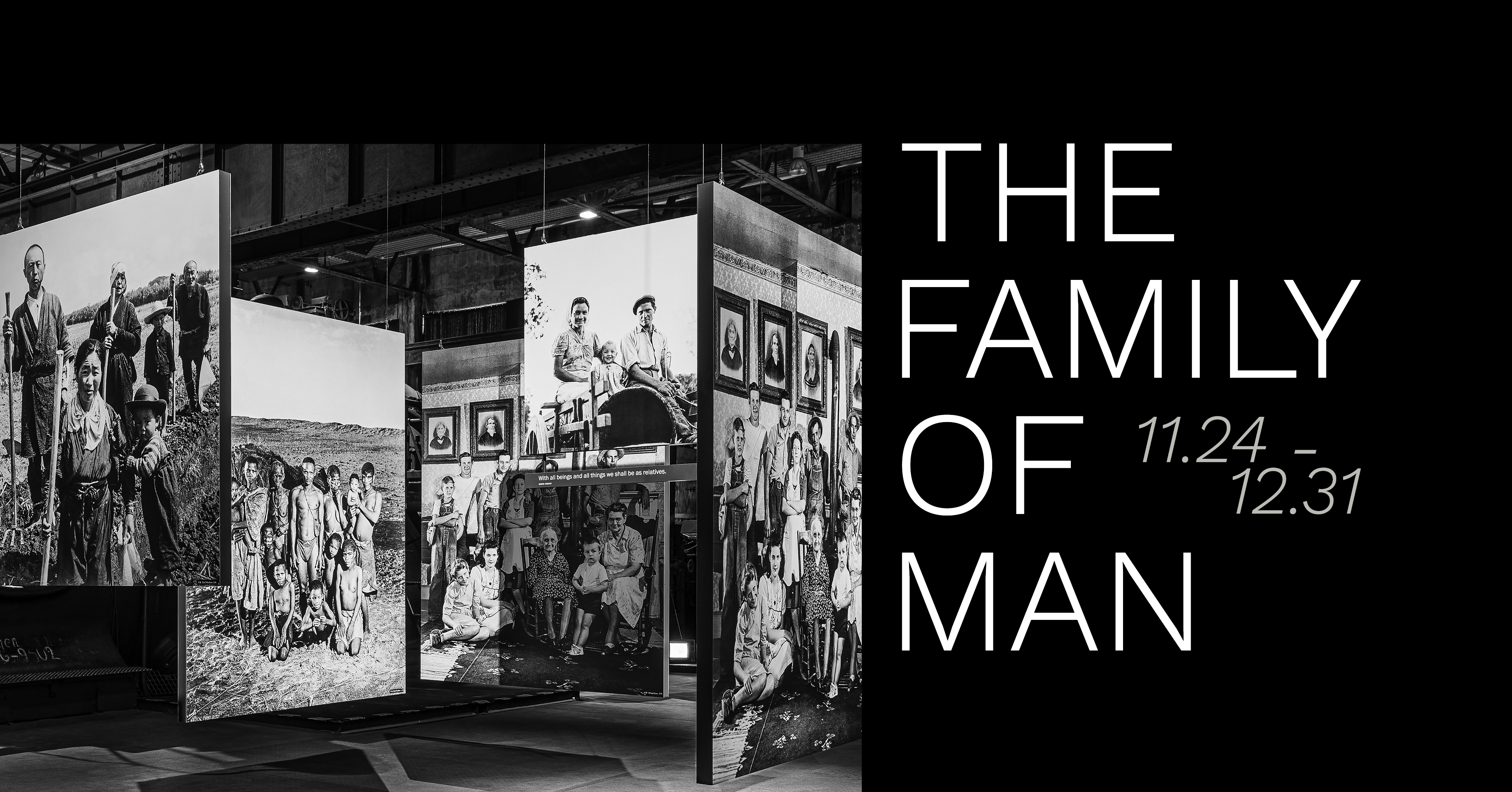 ‘The Family of Man’ at Kaunas Photography Gallery

A fragment of ‘The Family of Man’ - one of the most famous photography exhibitions (1955, MoMA) in the history of art - comes to Kaunas. After travelling to dozens of countries and breaking all-time attendance records, the exhibition will be presented partly in Lithuania for the first time.

The opening of the exhibition will take place at Kaunas Photography Gallery on November 24 at 6 pm. The opening event will be attended by the team of the Centre national de l'audiovisuel (CNA) in Luxembourg, where the last existing historical version of ‘The Family of Man’ exhibition is on permament display, notably Paul Lesch, the Director of the CNA, head of photography department Michèle Walerich and project manager Céline Offermans. After a first collaboration between the CNA and Weltkulturerbe Völklinger Hütte in 2020, the reproductions of the exhibition will be shown in Kaunas in the presence of its curator Frank Krämer.

On the occasion of the opening, CNA’s curator for the Steichen Collections Anke Reitz will give a public introduction on the historical value and enduring relevance of ‘The Family of Man’. The event will be held in English and will be streamed on Kaunas Photography Gallery's Facebook account (kaunasgallery.lt).

An exhibition as a mirror of the essential oneness of mankind

Conceived by renowned photography curator Edward Steichen as a visual narrative of common human identity, ‘The Family of Man’ first opened in 1955 at the Museum of Modern Art (MoMA) in New York.

Steichen saw the exhibition as a demonstration ‘[…] that the art of photography is a dynamic process of giving form to ideas and of explaining man to man. It was conceived as a mirror of the universal elements and emotions in the everydayness of life – as a mirror of the essential oneness of mankind throughout the world.’[1]

The humanist message of the exhibition unfolded in an immersive and modernist design, articulating 503 photographs from 68 countries by 273 artists, such as Robert Capa, Henri Cartier-Bresson, August Sander, Wayne Miller, Roman Vishniac or Dorothea Lange. Against the backdrop of the cultural and political divisions that shaped the world in the Cold War, several exhibition copies toured internationally during 10 years and were seen by over 10 million people worldwide.

After its itinerancy, the last existing set of The Family of Man was bequeathed to the Grand Duchy of Luxembourg following Steichen’s wish to see the most important work of his career as a permanent exhibition in his native country and is on permanent display at Clervaux Castle. Today, it is part of UNESCO’s Memory of the World Register.

The exhibition at Kaunas Photography Gallery features a reproduction of the family pictures that formed a key part of ‘The Family of Man’. This installation was shown as part of a collaboration between the CNA and the Völklinger Hütte UNESCO World Heritage Site within the frame of the exhibition ‘Mon Trésor – Europe’s Treasure in Saarland’ in 2020. The installation consists of photographs by Robert Carrington, Nat Farbman, Vito Fiorenza, Nina Leen and Carl Mydans.

Throughout the decades, ‘The Family of Man’ has struck a chord with the general public around the world, including Eastern and Central Europe, and has inspired artists, researchers and curators alike, embracing or questioning its message and forms of representation. Therefore, the exhibition also subtly presents the catalogue of the famous exhibition ‘9 Lithuanian Photographers’, held in Moscow in 1969, which is featuring works by Lithuanian photography classics Marius Baranauskas, Vitalias Butyrinas, Algimantas Kunčius, Vitus Lutkus, Vitas Lutkus, Aleksandras Macijauskas, Antanas Miežaskas, Romualdas Rakauskas, Ludvikas Ruikas and Antanas Sutkus, who established the classical humanist photographic expression in Lithuania.

The exhibition runs until 31 December.

The exhibition is part of the ‘Kaunas 2022’ closing events programme.

The exhibition is supported by ‘Kaunas 2022’, the German Embassy in Lithuania and the Honorary Consul of the Grand Duchy of Luxembourg in Lithuania Ramūnas Garbaravičius.

[1] Edward Steichen in the foreword to the exhibition catalogue: “The Family of Man”, New York: Museum of Modern Art, 1955