December
4
Back
Close Surveys Report an event About us 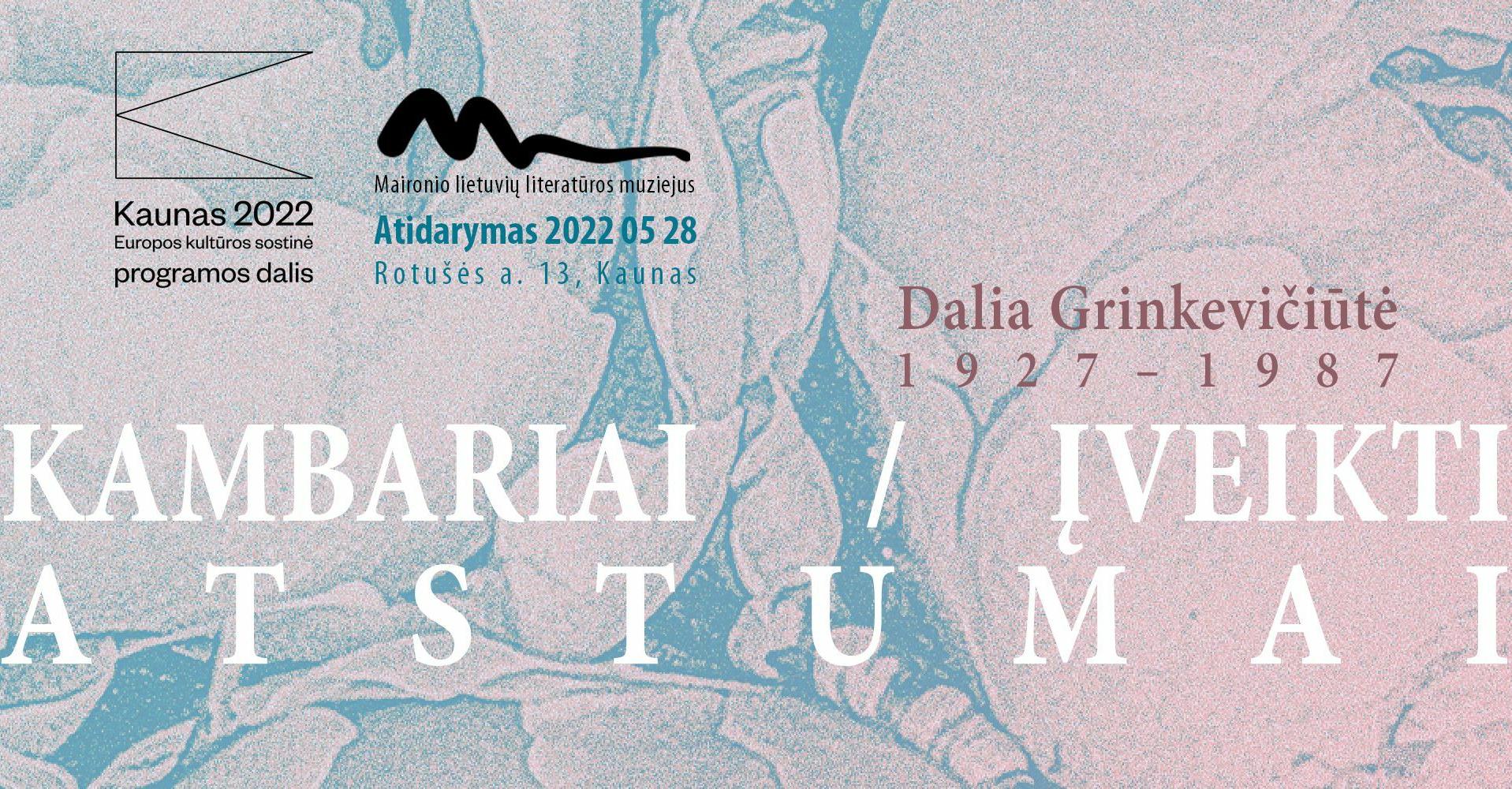 Maironis Museum of Lithuanian Literature, in cooperation with representatives of various art fields, specialists, is preparing for Kaunas 2022 - European Capital of Culture events and commemoration of the 95th birth anniversary of the writer Dalia Grinkevičiūtė and plans to organize a special, exclusive, interactive exhibition, to which we will invite in May 28 2022. The exhibition as modern modules-ROOMS will be prepared by rethinking Dalia Grinkevičiūtė's memoir book "Lithuanians by the Laptev Sea". Quotes from a writer’s work will act as intertexts that inspire the creation of new works, interpreting and recreating those quotes in their own way. The narrative of the exhibition will be based on the following stages of Dalia Grinkevičiūtė's life - her childhood in interwar Kaunas, her experience of exile in the North and her mother's funeral scene in post-war Kaunas. This narrative will be summarized by Dalia Grinkevičiūtė's interpretation of the whole way of life through smells suggested by the olfactory art group. The exhibition is not conceived as a purely museum project based on the display of original objects and documents, but will develop its own narrative on the principle of contrast. Dialogue with the visitor through different senses, as the exhibition is created through image, sound, smells, innovative animation (VR, AR). The dialogue will also be multilingual in order to draw attention to translations into foreign languages and to communicate with guests from abroad through an audio installation. According to the literary critic V. Sventickas, D. Grinkevičiūtė's works are most appreciated for their realistic images of exile, expressive treatment of events, great resonance of the first publication (1988) in movement Lithuania and for writing a talented person with a special personality. D. Grinkevičiūtė's work is based on her own experiences, feelings and reflections. The Grinkevičius family with fourteen-year-old Dalia was deported in 1941. June fourteenth and most of the time suffered at the Laptev Sea. Dalia, along with her sick mother, had miraculously escaped from Yakutsk. D. Grinkevičiūtė hid in Kaunas, took care of (and buried) her mother, she wrote. Realizing that he would be arrested (and it happened), he put the manuscript in a jar and buried it. It was accidentally found only in 1991, restored and first published in the magazine Metai (1996, No. 10–12, 1997, No. 1). The memoir "Lithuanians by the Laptev Sea" (the name proposed by Kazys Saja) was written in Laukuva in the early 1980s. Not finding the aforementioned manuscript, D. Grinkevičiūtė created this short, concentrated, informative outline. It was first published in the magazine Pergalė (current "Metai") in October 1988 (the number of prints was 24120 copies of the magazine) and made the impression of an exploding bomb. The images of exile and the energetics of the narrative have significantly contributed to the perception of the occupation and the restoration of independence. The conceptual narrative of the exhibition will be created by choosing three different museum spaces, using them for three separate themes. The exhibition would be located in the garden house, basement and attic of the Maironis Museum of Lithuanian Literature. This project would be innovative in terms of intermediality, conveying narrative through different media, using forms of interactive animation and other modern moving image technologies, inspiring various viewing angles and interactivity. In the event of a pandemic situation, it will be possible to visit the exhibition in a virtual way. On the museum's website, it will remain available to educational institutions and the public even after the exhibition is open. The concept of the exhibition, turned to today, will seek to attract younger visitors, to offer schools modern interpretations of the theme of deportation, which remain open to the visitor's own creativity. Through multilingual intertextual interpretations and non-verbal means of expression, the international guest of Kaunas European Capital of Culture 2022 is also oriented.